My First Steps in Spanish

I happened to have a real necessity to learn one more foreign language in the near future, as i've made a weird decision to become a student. AGAIN. I feel quite silly bceause of that, but anyway, it's too late to give it up, that's why i'm creating this goal. Spanish seems quite beautiful to me, and also i've learnt that it's one of the easiest languages to learn.

I've made a decision to write posts in English, which will help me improve somehow my English and also, as i want to connect my life with English as much as it's possible, describing things in English will be much more helpful and not as usual or even boring as typing in Russian. As for me, of course. But there is a little problem - even though there are a lot of sourses and ways to learn foreign languages for free, such diversity confuses me a lot, as i have no idea where to begin.

Anyway, i've already found 2 YouTube channels with videos on such basic topics as introducing yourself and so on. One is in Russian and has a VERY long name - "Полиглот испанский за 16 часов. Урок 1 с нуля. Уроки испанского языка с Петровым для начинающих". And the other one is in English and is called "SpanishDict". I will add more channels in case i find something worth attention:)

A few months ago i tried Busuu and i want to admit it is not a bad website, so i think i will use it as well.

Here are some more websites i found:

Also i have downloaded a few e-books for beginners, but they are saved on another computer, so i cannot share their names right now. And I'm going to add other sourses little by little.

At the end of August i know basic rules, the way Spanish sounds are pronounced and also i'm able to make small talk :)

Books, the Internet and stuff 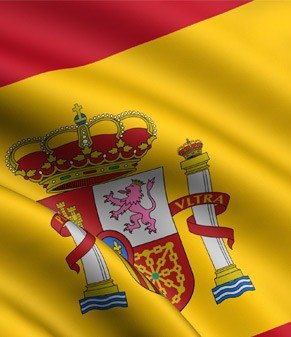 You can buy a < a href="/user/pro/" target="_blank">PRO account, or get it for free by inviting 3 friends to SmartProgress